A Special Interview with Dr. A Velumani

I am apolitical. I have not found so far a need to be talking politically and hence remained away from politics. But if I say “Demonetisation” (DEMO) is good, I may be called Pro BJP or Pro Modi. I wish to only talk about this single act of our PM, on November 8th 2016. I saw a Whatsapp message glowing in the smart phone and then in eyes of Mr Vijay Shekar Sharma, Paytm Promoter was sitting, at Trident Hotel, Mumbai. Due to the advent of smart phones, I think 95% of the 500 people in that auditorium came to know the “Dhamaka” Mr Modi had announced. I sent a Whatsapp message to my family group “1000 people who where richer than me till 8.00 pm today, have become poorer than me by this single act of DEMO”.

I came out of the event at 10.00 pm and when I sat in my seat, my driver – a simple guy from Uttar Pradesh – felt that he is breaking the news to me and said “Sir, Modi has done a great job. Those who have black money are gone”. I could see brightness in his face and I felt – Yes, that is the mood of middle class and lower middle class on this DEMO.  I did not know much (nor I know now) on what implications it would have on major economic indices like, Inflation, Interest rates, Dollar rates, FDI growth, Investor sentiments, Income tax rates and GDP. But one thing is certain, any change is for good, if we find it difficult to implement.

Last 60 years we had been only talking the menace of ‘Black money, corruption and good for common man’ and we could not decide anything seriously for that. I have told by now, in last one year, in 100 talks across the country that culminates to the following,

Like these many such punch lines I have used but this bold decision of Mr Modi makes me remember all of them for his one single act.

Now people who have 1000s have no problem. Who have lakhs have some problem. Who have crores have most problems. They are gone for a toss if they had kept it as undeclared cash below the ground or bathroom or roof – just gone! For the first time may be in the history of this generation, all those who felt it is foolish to declare and pay tax, got it all wrong.

I too run a business. Almost like any other businessman, in the first 5 years of business life, all advises came to me for decreasing official revenues and increasing potential expenditure to ensure that Tax is not paid. It looked like they were right because 90% of the businessmen appeared to be doing the same. But when the business was growing, it became a big challenge to work 10 hours and plan how to avoid tax for next 6 hours in a 24 hour day. When the business reached 10 crore per annum, it was 15 hours in a day planning to evade tax and thus time available for making revenues came down. Ironically “saving per hour” was running into only 1000s while “making per hour” was running in lakhs. Sleep got disturbed and it looked like undergoing hell in a pursuit to swim against the nature.

Then I paid tax, full tax. Many ridiculed me, but it got a value for the company; because paying tax is the only way to earn value for the company. Because there was value in the company, Private Equity wanted my stock. Again my friends advised, do not go for PE, you will lose freedom. I went ahead and it brought the value of my company to 2000 plus crore. Then, I had an option to go for IPO or continue with PE. Many learned friends advised me, once IPO is done, you would lose all freedom. Against all their expectations, Thyrocare was listed on 9th May, 2016 at 3300 crores of Market Cap.

In this journey, if today in Indian healthcare categories Thyrocare is in TOP 10 in market cap, it is only because we believe in 3 words – Trust, Truth and Transparency – with customers, doctors, franchisees, employees, vendors and investors. I did find it strange when I paid 250 plus crores tax in last 5 years but now when I see the value – I am happy that I demonetized me and company for unlocking the value in the business.

In 2000, after when I intentionally demonetized me, I found many richer than me in healthcare  – but in 2016 once the script hit the NSE – hardly any company moved as fast as us in healthcare in India.

Be Demonetized and Be Reenergized. 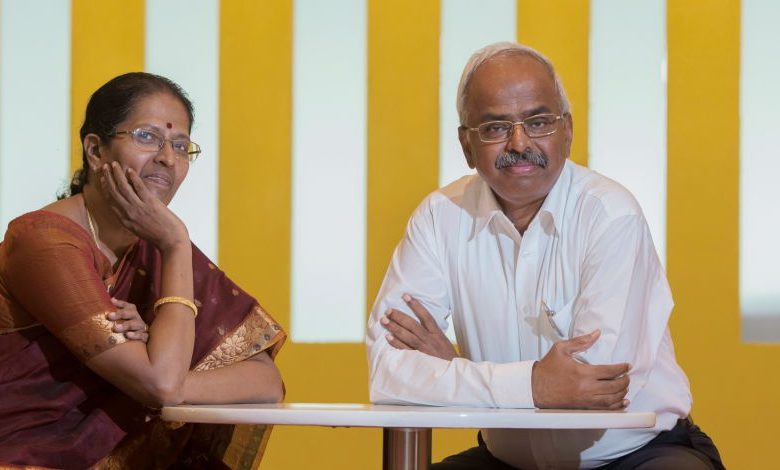