It all started with brinjals

It was Wednesday, that day of the week when we had to go to the inorganic chemistry laboratory for our practical session. It is known fact that a chemistry laboratory is full of corrosive acids, bases and other chemicals; a single drop on the skin can leave a permanent scar. My professor, Dr. Swaminathan of Sri Ramakrishna Vidyalaya, Coimbatore had already issued me four warnings: “Do not come to the laboratory without chappals!” This had become an unpleasant routine every Wednesday noon for both of us, because it was the same issue week after week. One fine day he said – “I am sorry – you have to go out”. Of the 40 students in the class, I happened to be the unfortunate one who did not even have a family member from whom I could borrow the chappals. There were five other boys who managed to come only on Wednesdays wearing their borrowed ones. I had no choice but to go out and sit in the library brooding on how I could come out of the situation.

Every problem has a solution. I went to my neighbours’ field and found out that he was selling his Brinjals for Rs. 0.60 per kilo (I am talking about 1976). I sensed that here is a possibility of making some money if I take it directly to an end user. I asked him, for how much would he give me and since he knew me, he agreed to give it to me for Rs. 0.50 per kilo. I took a basket and bought 10 kilos from him and identified a housing colony to sell the Brinjals. As I did not have any cart to do that I just carried the basket on my head and gave a clear and loud call in Tamil, my native language “Kathrikkai – Kathrikkai”, which means “Brinjal – Brinjal”. I priced it at Rs 1.20 per kilo and went ahead and successfully sold 4 kilos within an hour. It was thrilling and motivating. I had started at 4.30 pm and by 5.30 pm I had finished with that colony.

It was the month of November when the days are short and nights are long, but I wanted to try just one more street before calling it a day. A lady who had heard me, called me. She liked the Brinjals, for their colour and freshness and thus took two kilos, which was a big deal for the evening. She had to pay me Rs. 2.40, but had only Rs. 2 in her purse and wanted me to settle with that. But, I was keen to take the 40 paise from her and insisted, stating that my boss would not appreciate. Finally, she called out to her husband who was inside the house and asked him to bring the change. But he came out with a one-rupee note since he too did not have the required change. But when he saw me, his face changed colour and so did mine. It was my chemistry professor who had no choice but to send me out of class the previous day. He looked at me from head to toe (made an observation that I had no chappals) and queried me, “Is this what you do daily after college hours”? I told him that it was my first day and explained that through this means by next Wednesday, I would have the requisite chappals on my feet. He was visibly moved and refused to take the 60 paise change back from me. I was not ready to take the 40 paise from him either because he was my professor. His wife stood and watched this emotional drama between her husband and a casual vegetable vendor. It took her a few minutes to understand that I was his student. Finally sir won, and I got Rs. 3 for a vegetable for which I had to pay only Re. 1. The turnover for the day was Rs. 10 and the cost of material was Rs. 5. My chappals cost me only Rs. 3.

Next Wednesday, when I went to my laboratory class, my sir did look at my feet first and then at my face. I have not met him for the last 30 years, but I still remember him vividly. Had he not driven me out of the class that day, I might have not understood that there was a 140% margin even in the Brinjal business! 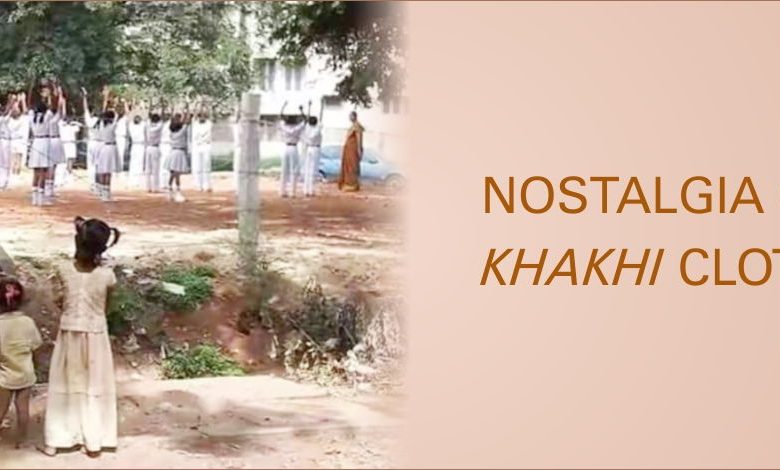